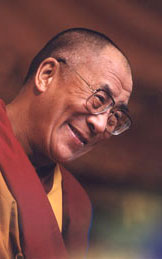 Because of its isolation Tibet has long been known as the Forbidden Land. Lying to the north of the Indian sub-continent it is the size of western Europe, but with only a population of some four million Tibetans. At an average altitude of some 12,000 ft above sea level it is enclosed on three sides by mountain ranges, containing the world’s highest peaks; to the north the Kuen Lun range, to the west the Karakoram and to the south the 1,500 mile barrier of the Himalaya. To the east an equally formidable barrier is presented by the gorge country where three of Asia’s great rivers, the Salween, Mekong and Yangtse flow from north to south. Tibet is the source of the other rivers of Asia – the Indus, Sutlej, Ganges and Brahmaputra.

The Tibetans are a distinctive and separate race and not Chinese. Their language bears no relation to those of India or China, although the Tibetan script has its origins in India. They are a kind, honest, open and cheerful people who are at the same time hardy, tough, self-reliant and fiercely independent so typical of mountain people. The dominant aspect of all Tibetans is their devotion to their Buddhist religion which pervades their every thought and action. It manifests itself particularly in their reverence and deep affection for His Holiness The Dalai Lama.

His Holiness The Dalai Lama, the 14th incarnation dating back in a line to the 15th century, as the God-King or Priest-King is the spiritual and temporal ruler of Tibet and the Tibetans. He is an incarnation of an aspect of the Buddha, Avalokitesvara, the “Lord of Mercy”. The title Dalai Lama is Mongolian, Dalai being Mongolian for “ocean”, signifying learning as broad and deep as the ocean. Tibetans, however, know him formally as Gyewal Rinpoche, the “Precious Protector” or by the more affectionate and reverential title of “Kundun” meaning simply “The Presence”.

His Holiness was born in North-Eastern Tibet on 6th of June 1935. The 13th Dalai Lama had died in 1933 and after a complicated religious selection process he was recognised as the 14th incarnation in August 1939. He triumphantly entered the capital Lhasa in October and was formally installed the following February. From now on he was exclusively brought up and educated by learned and influential monks and lamas.

In this century Tibet enjoyed full independence from 1911, with particularly close links with Britain. These links and treaties were continued by India with independence in 1947. Sadly for Tibet the rise of communist power in China soon threatened. Claiming to liberate Tibet from Western imperialism, China’s communist armies launched a full scale invasion in 1950 and quickly occupied the country. The Dalai Lama, who had now assumed full powers at the age of 16, and his government moved south close to the Indian frontier. But with the absence of world support, above all from Britain and India, His Holiness felt his place was with his people and returned to his capital, Lhasa where he attempted to get the best terms he could with the communists. Compromise and negotiation on the part of the Tibetans failed. In 1959 a popular uprising of Tibetans against Chinese oppression was ruthlessly put down with a loss of almost 60,000 Tibetan lives. His Holiness was forced into exile in India, from where he started and continues his attempts on reaching an accommodation with the Chinese. The latter remain intransigent.

During the last 40 years China has adopted a deliberate policy of ruthless oppression. The attack has centred on suppressing Tibet’s Buddhist religion and its unique cultural identity. Over 6000 monasteries, with their valuable images and priceless religious books and manuscripts have been destroyed. Political indoctrination has been reinforced by imprisonment and torture. Over a million Tibetans are estimated to have perished. The continuing destruction of the vast forests of east and south east Tibet have led to widespread erosion , responsible in part for flooding in Bangladesh. Mass migration of Chinese with Tibet has resulted in Tibetans being outnumbered in their own land. An army of a few hundred thousand adds to China’s domination of all aspects of Tibetan life, threatening Tibet’s very identity.

His Holiness works tirelessly to bring the suffering of his people under Chinese occupation to the attention of the world. He sees this as part of his advocacy of non-violence in the political arena, stemming from the tenets of Buddhism. His efforts as a champion of world peace were recognised with the award of the Nobel Nobel Peace Prize in 1989.

His message remains constant, stressing the unity of mankind and the importance of regarding all peoples with love and compassion.